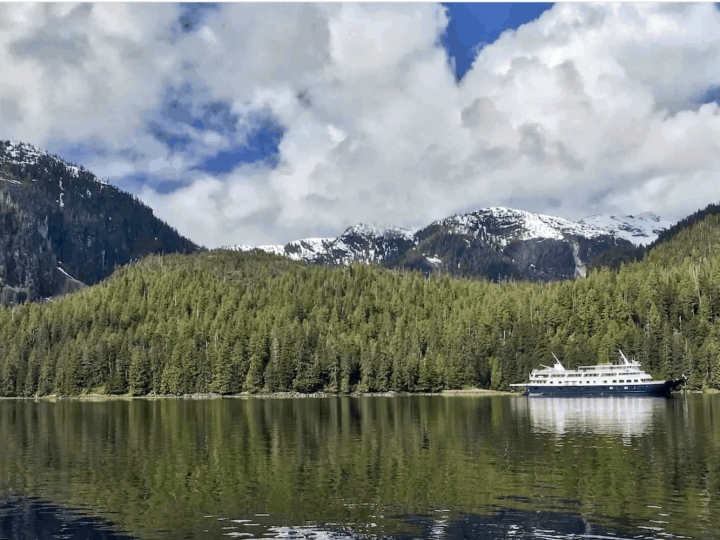 What is Southeast Alaska?

Southeast Alaska is the smallest yet most-visited region in Alaska. Millions of visitors explore the region annually, primarily by cruise ship. In the region, strong Alaska Native cultural influence is still present alongside modern tourism infrastructure.

Southeast, also often called the Inside Passage on the Panhandle, is Alaska’s most visited region. This is despite being the smallest region, and mostly water!

The narrow Inside Passage runs 500 miles from Ketchikan in the south to Yakutat in the north. The region has lush green forests, towering mountain peaks, majestic fjords, and abundant marine and wildlife. The Tongass National Forest (the largest National Forest in the U.S.) comprises much of Southeast Alaska.

The Tlingit, Haida, and Tsimshian people have called this area home for centuries; human settlement in the region dates back to the last Ice Age. Russian settlers also left a legacy that is evident today by their onion-domed churches gleaming on the landscape. In towns like Sitka and Ketchikan, you’ll spot both totem poles and Orthodox churches in close proximity.

Juneau is the largest city in Southeast Alaska. It is the second-largest city in Alaska and serves as the State Capital. Glacier Bay National Park is another major draw for visitors; it can be reached by boat or plane to the small community of Gustavus then booking an additional tour into the national park.

How to Visit or Cruise Southeast Alaska in Summer 2021

How to Visit Glacier Bay in Summer 2021

UnCruise Alaska Review: The Ultimate Way to Cruise in Alaska