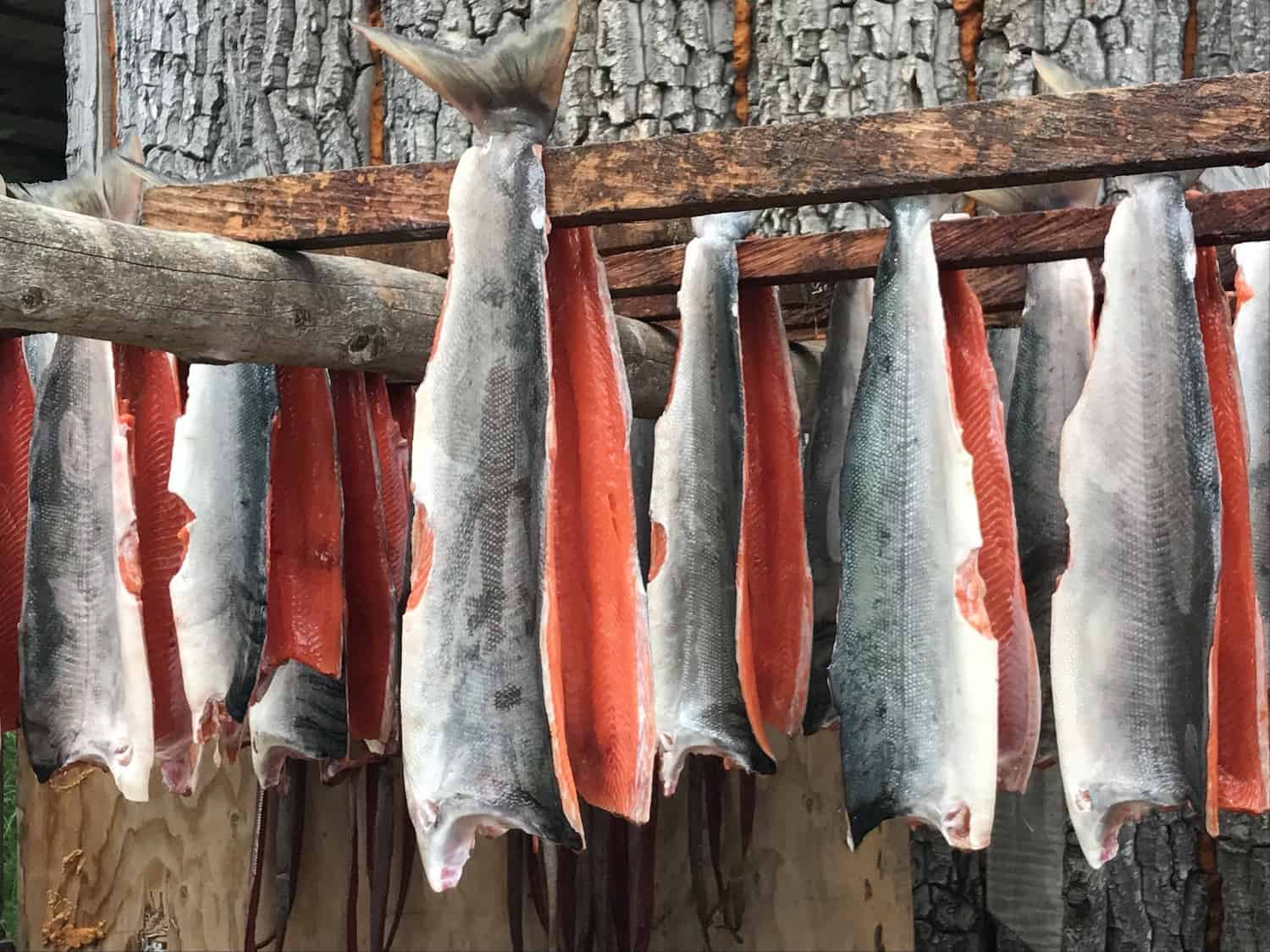 What is Alaska Salmon?

Salmon is one of the most common fish in Alaska, especially for commercial and private fishing. There are five species in Alaska: Chinook/King, Coho/Silver, Sockeye/Red, Chum/Dog, and Humpback/Pink. They typically run in Alaska waterways starting in June through late August and September.

Salmon is one of the important animals in Alaska that is often overlooked for more bombastic species like moose and grizzly bears. In reality, they are a critical part of the ecosystem for both wildlife and humans and have long been instrumental in the diets of Alaska Natives who live near waterways where the fish “run.”

These fish are born in rivers and streams throughout Alaska and make their way to the Pacific Ocean for most of their lives. At the end of their life cycle, they return to the waterways where they are born. This is called a “run,” and occurs every year depending on the subspecies:

Chums are not a common fish to try and catch, as they are the least delicious to eat, and are also called “dog” salmon because that’s who they are typically fed to.

There are a number of great places for fishing across Southcentral Alaska, including the Kenai River, Ship Creek in downtown Anchorage, and out in the Mat-Su Valley along Cook Inlet and the Susitna River.

How to Make Grilled Alaska Salmon

How to Make Alaskan Salmon Poke