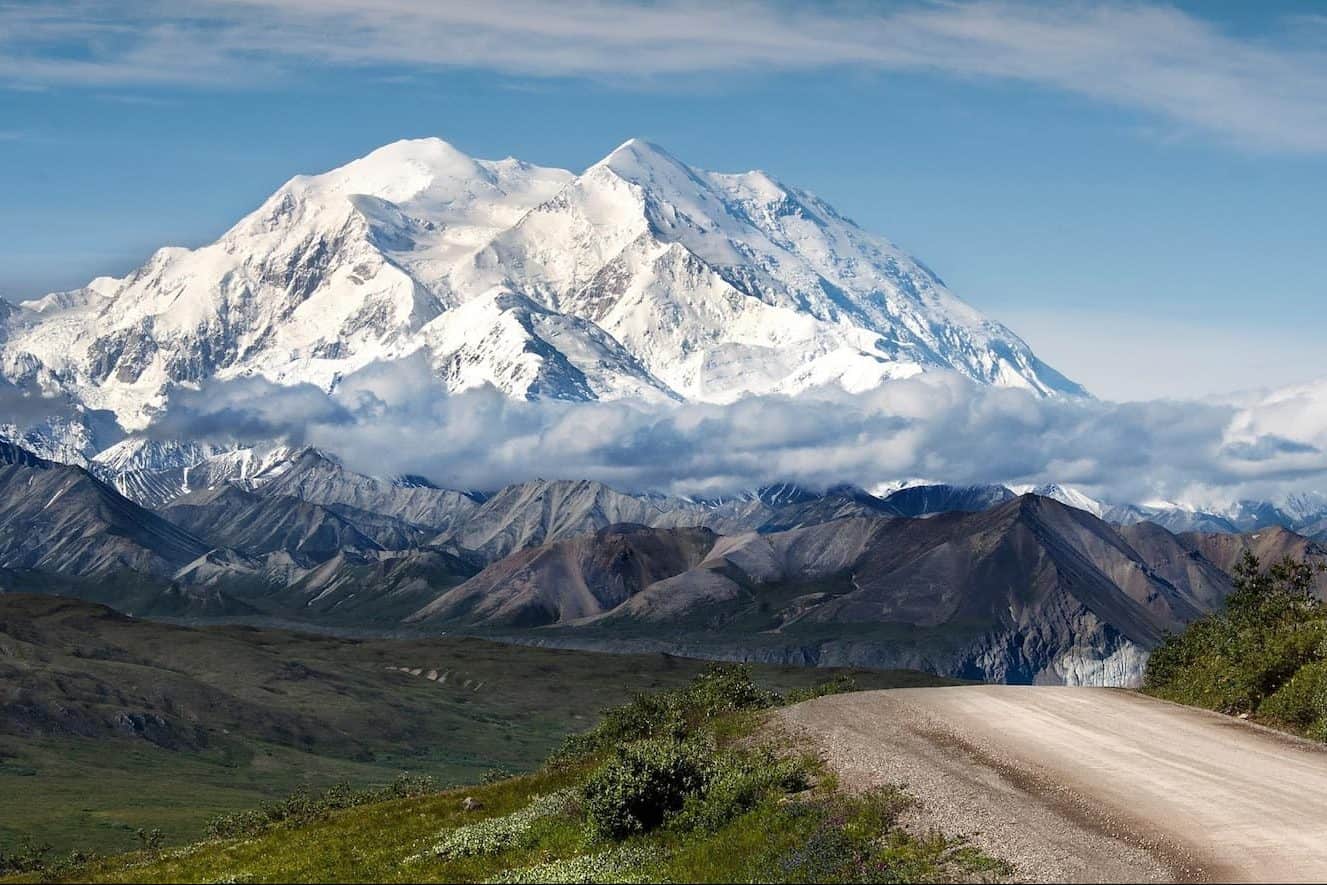 Denali is a modern spelling of the Koyukon Athabaskan word “Deenaalee” and usually translates as “The Great One”. James Kari, a linguist at the Alaska Native Language Center at the University of Alaska Fairbanks, says that a better translation might be “The High One” or the “Tall One.”

Does it count as a visit to Alaska if you don’t see Denali? Of course, yes it does, but seeing “The Great One” is definitely one of those Alaska highlights you’ll never forget. It’s also one of the most often encountered Native Alaskan words most people question the meaning of when planning an Alaska trip or visiting.

“Deenaalee” is the original spelling of a Koyukon Athabaskan word that refers to that towering mountain in Interior Alaska. In modern English, the spelling changed to “Denali”. The Koyukon Athabascan people are a group of Native Alaskans who lived in the territory along the Koyukuk and Yukon rivers in Interior Alaska. They lived within eye-shot of the mountain as many Alaskans do now in Anchorage and Fairbanks.

When European explorers came to Alaska, they renamed the mountain “Mount McKinley” to honor the 25th American president. In 2015, the U.S. Department of the Interior gave the mountain back its original name in the modern spelling. This didn’t change much though: many Alaskans – both Native and transplants – have always called it that.

15 Incredible Things to Do in Denali

The 13 Best Places to View Denali in Alaska