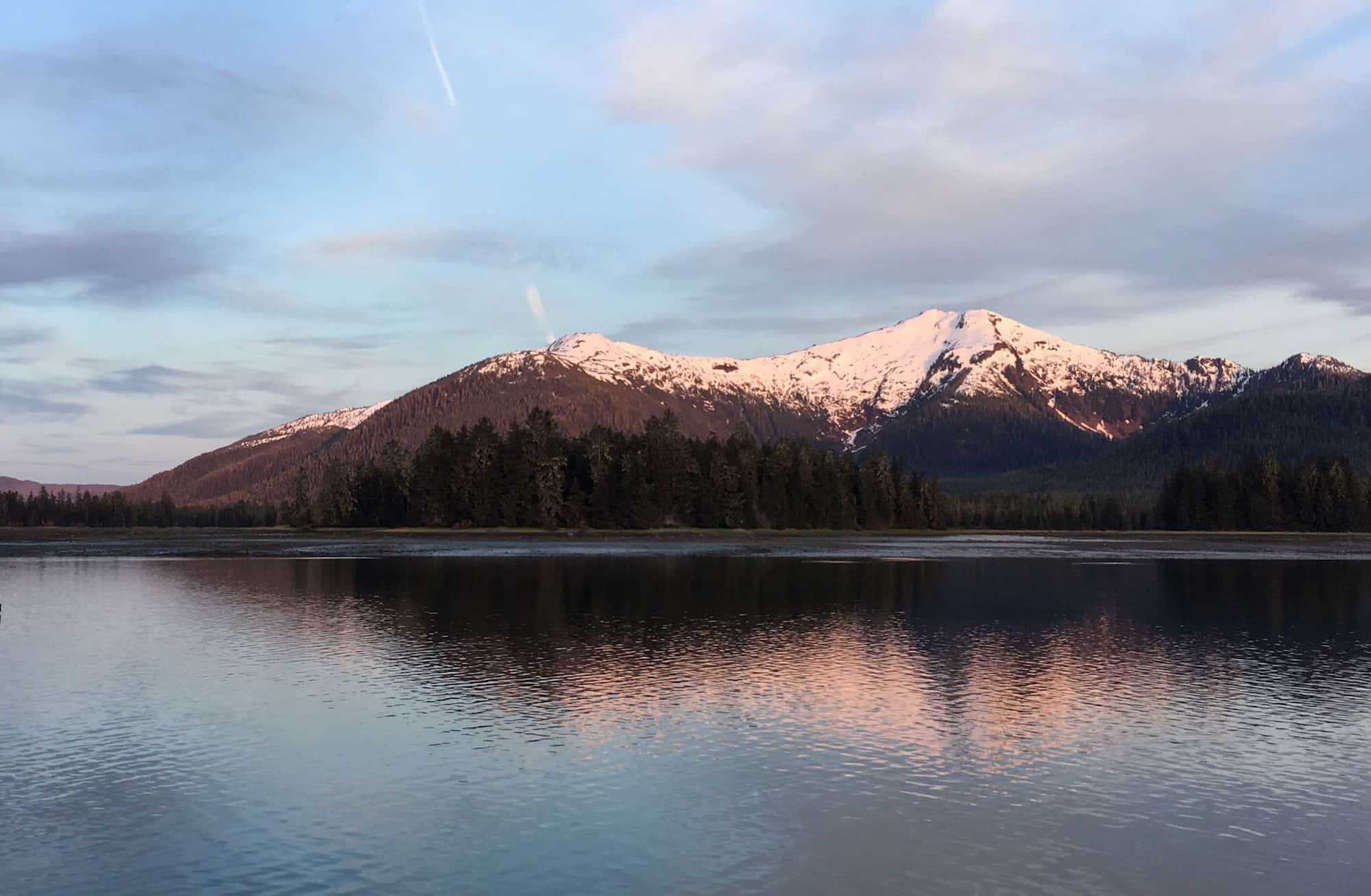 Alpenglow is a natural phenomenon when mountain slopes are illuminated by the sun as it rises or sets. The slopes turn a rosy, reddish, or orange hue depending on the angle of the sun and atmospheric conditions.

It may seem otherworldly, but alpenglow a natural wonder that occurs around the world. It can happen wherever there are mountains.

The word comes from the German “Alpenglühen” which literally translate as “Alps glow.” In Germany – where the Alps are located –, this is an apt description. Now, the term describes the same scientific circumstance anywhere in the world: when direct or reflected sunlight lights up mountain slopes, at or near sunrise or sunset.

When it occurs with direct sunlight, the sun is low near the horizon and the atmospheric conditions are right. This can cause a glow on mountain slopes that face the light. Similarly, when the sun dips below the horizon (or is just about to rise above it), light can be reflected through the atmosphere and clouds to cause the same effect. In both cases, the slopes of the mountain turn an ethereal color.

Alpenglow typically occurs in the range of colors between red, pink, and orange. Its vibrancy and color depend on the location of the sun, the angle of the light, and other atmospheric conditions like clouds, humidity, and particulates. It can change quickly depending on how fast the sun sets on any given day.

Photographers love alpenglow, though it shouldn’t be confused with golden light or the golden hour. They can occur at the same time, but alpenglow only occurs on mountain slopes.

Alpenglow occurs across Alaska throughout the year. It is especially likely in the summer months when twilight lasts longer in the northern hemisphere. Keep your eyes peeled for this phenomenon when exploring Alaska in the time around sunset and sunrise on clear days.