10 Things to Know Before Your First Trip to Central Asia

I'm having an issue across my site where some images are not appearing properly; I'm sorry if you encounter broken or blurry images in this post. I'm working to get this fixed and appreciate your support.

When I’m traveling to a new region, I like to do my research. I learn the history of that place, and the top sights and dishes and other things I might encounter. But there are always some things you just can’t know until you arrive. That’s exactly how it was for me on my first trip to Central Asia, a region that only came onto my travel list in the past few years.

Central Asia is comprised of five countries: Kazakhstan, Kyrgyzstan, Uzbekistan, Tajikistan, and Turkmenistan. They sit south of Russia, west of China, and north of the Middle East. They’re still way, way off the beaten path for most travelers – but home to some amazing natural and cultural wonders.

If you’ve never heard of Central Asia – or considered traveling there – this one’s for you. It’s easy to forget how in this big huge world, there are so many beautiful corners to explore. Central Asia is one of them.

Rocky mountain peaks descend to lush evergreen forests surrounding glaciers and glacial blue lakes. Depending on where you choose to explore in Central Asia, you can feel like you’ve found a secret pocket of the Himalayas or an untouched corner of Alaskan wilderness. But it’s all here in Central Asia.

Hiking and trekking are the biggest adventure activities by far. You can also find horse trekking and boating activities. Some choose to cycle across the region following the old Silk Road route. I was even slated to go paragliding one day! (Darn you, rain!)

If you feel like you’ve tapped out your local great outdoors and want to head way off the beaten track, Central Asia should definitely be on your list.

2. The Hospitality is Heartwarming

It’s not that I assume people will be mean when I travel, but I’m always pleasantly surprised how welcome people are when I arrive.

Our Kazakh host at the guest house smiled timidly after preparing yet another meal for us to take on our adventures. A Kyrgyz horse farmer laughed as we snapped pictures of her doing the most mundane task – milking her horses. Even our yurt hosts provided an extra hour of generator power for us tech-driven media people to charge up our batteries both nights of our stay. People seemed happy to welcome us into their daily lives and share what they had.

It didn’t matter that I consistently forgot thank you in Russian (spasibo / Спасибо) and butchered it in Kazakh (raxmet / Рақмет) and Kyrgyz (raxmat / рахмат). The language barrier was irrelevant to the welcome I received.

As an American, I grew up with the constant specter of Russia hanging in the back of my mind; the Soviet Union ended when I was a small child, but its ‘terrifying’ legacy and the scare tactics Western media has used to perpetuate that legacy have worked for decades. I can hardly imagine how you older readers feel about the prospect of traveling in a region who bears the scars of that regime.

I don’t mean to suggest that there was nothing bad about the Soviet Union – obviously we can agree that there were many bad things. But there were also good things. The issue is more nuanced than we in the far West have been raised to believe.

For example, the main cities are full of Soviet architecture, both Brutalist and beautiful. Many of the roadways were laid during the Soviet times. Schools exist throughout the region because the Soviets built them. Churches survived because they were used as storage facilities rather than destroyed.

Until you see these things for yourself and engage with the locals who grew up in the Soviet era and afterward, you can’t really understand. So: go, ask questions, listen closely, and discover a more nuanced worldview.

4. Most Roads are Really Bumpy

Despite the good (and bad) consequences from the Soviet era – including early infrastructure development like major roadways –, the vast majority of roads in Central Asia will rattle your teeth loose.

Once you leave the major cities, be prepared for loose gravel shoulders, uneven road edges, and plenty of bumpy jarring potholes and heaves in the roadway. Heck, the border crossing we took from Kazakhstan to Kyrgyzstan was a gravel road. I’m pretty sure our bus never got above 30kph for that two hour drive…

Also, if you’re motion sensitive, you may want to plan ahead for this. I didn’t have any problems with the bumpy roads (and I am pretty motion sensitive), but anti-nausea pills or a handy anti-nausea device like the Reliefband can help make the long stretches of uneven highway more manageable.

I’ve got a whole separate blog post about Central Asia food and drinks, but it bears mentioning here that you should be prepared to eat your way through the region. This is especially true in Kyrgyzstan.

There’s a stereotype that most food in Central Asia is boiled meat and starches – and you can certainly find that in some parts of the area, like my friend Nicole says of Tajikistan where she’s traveled regularly.

But in Kyrgyzstan – and some places in Kazakhstan – the mishmash of ethnic groups has produced an incredible diversity of food. On a foodie tour in Karakol, we sampled dishes from a half-dozen ethnic groups, ranging from the cold noodle Dungan dish Ashlan fu to a poutine-like Azu from the Tatar ethnic group to traditional Kyrgyz Beshbarmak with noodles and meat.

6. But It’s Super Hard to Eat Vegetarian or Vegan

There are a lot of food choices in Central Asia, especially Kyrgyzstan, but I want to warn my veggie and vegan readers that it’s still really hard to eat meat-free or animal-free here. This is especially true if you’re traveling in rural areas and staying in homestays while trekking in the region. Above, you can see some dishes that might work, but I’m guessing the Borsok is fried in some sort of animal fat, and the salad has mayo on it.

Meat, including horse meat, is common in almost every meal and dish. Most dishes are also prepared with animal products. Communicating the rules of your dietary preferences to locals may be a lost cause. I heard stories of one vegan couple traveling in the region that had to ‘take a break’ from it because they simply couldn’t eat enough calories to keep adventuring.

Oh, and you keto/low-carb people are equally out of luck. It’s just a reality of traveling in other parts of the world that your dietary preferences will be hard to accommodate! Celiac or gluten-free travelers should be prepared with special notes to help hosts understand what you can and can’t eat.

7. Food Poisoning is Common – and Manageable

If you were following along on Instagram during my trip to Central Asia, you know I was knocked down by food poisoning in my last few days. When I tweeted about this, I was surprised (and a little amused) by people’s responses: Welcome to the club!, they said. I felt like I had passed a special initiation into the Central Asia traveler group.

Turns out food poisoning is pretty common in Central Asia. It’s also not something to freak out about. Food hygiene standards aren’t the same in countries like Kazakhstan and Kyrgyzstan – especially in rural areas or homestays. This means you may come across some bug that the locals’ digestive tracts are totally used to, but which lays you up for a few days. No biggie.

Instead of freaking out, plan ahead. Bring anti-diarrheal drugs with you. Pack some electrolyte powder in case you need to get rehydrated afterward. You might even plan ahead with a bag of pretzels or other light food to snack on for days when your stomach and intestines are a little bit wobbly.

If you get food poisoning like I did, I’m sorry. But, hey, welcome to the club!

8. Get Ready for Squat Toilets

I left the toilet talk until later, because while most of the items I’ve mentioned are positive – this one can be a real shock.

If you’ve never used a squat toilet, I don’t recommend Googling it. Trust your imagination that the name is exactly what it sounds like. It’s also the least pleasant place possible to have food poisoning… but you work with what you have!

With the exception of most tourist hotels, you should expect that every toilet you encounter will be a squat toilet. Even restaurants and museums may not have ‘Western’ sitting toilets. It’s always best to take care of whatever business you can when you do have a toilet of familiar shape and posture.

9. Bring Your own Toilet Paper

Another pro-tip: your own toilet paper can make the whole squat toilet experience a lot less unpleasant.

Some squat toilets will not have toilet paper at all; others will have a weird crepe-paper-like single ply roll with zero perforations that feels exactly unpleasant as it sounds.

You can pick up roles of compostable TP at stores like REI for $2.50 a pack (of two). A good investment, they take up nearly zero space in your bag and add little weight if you’re trekking, and they’re as good for the environment as you can find.

Related: 10 Essentials You Need to Pack for Central Asia

10. The Big Cities Will Become Major Destinations in the Next 10-15 Years

I started out by sharing the least surprising thing I discovered in Central Asia: that it’s a fantastic outdoors and adventure travel destination. This is one of the main selling points for visiting Central Asia.

But what nobody’s saying about Central Asia – or at least nobody that I spoke with – was that the cities are quickly becoming hot destinations in their own right.

Add to the fact that several airlines are offering flights from Europe, and I’m calling it now: you’ll see Central Asia become a hot ‘city break’ option for Europeans in the next decade. Us Americans will be slower because the jetlag from a 10-13 hour time change is no joke… but I’m already planning a city-hopping return to the region in the next 5 years.

These are just 10 of my biggest observations from my first trip to Central Asia. Do you have other questions about visiting Kazakhstan, Kyrgyzstan, or the rest of Central Asia? Let me know in the comments!

This post was made possible by the support of the American People through the United States Agency for International Development (USAID) Competitiveness, Trade, and Jobs Activity in Central Asia. The contents of this publication do not necessarily reflect the views of USAID or the United States Government. 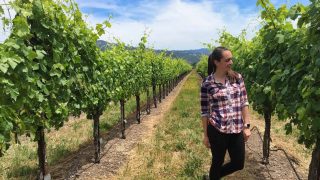 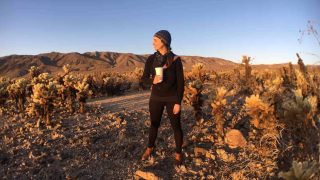 Next →
The 10 Best National Parks in the U.S. from Acadia to Zion
Click here to cancel reply.

I have lived in KG & KZ for the past 25 years. Helped to develop 3 higher ed outfits. It's quite pleasant to live here, and definitely worth a visit. The sites for the 3 schools www.auca.kg, www.kimep.kz, www.iuca.kg. Have a look!

Thanks for sharing, John!